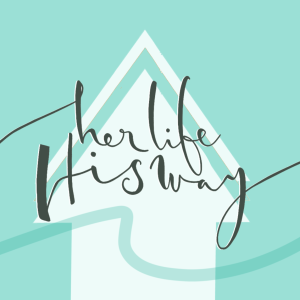 “You’re so good. You wouldn’t understand.”

I can’t tell you how many times I’ve had people say this kind of thing to me. And I guess I can understand why. I have always been the kind of girl that had every outward appearance of piety. Being a preacher’s kid, a minister’s girlfriend, a missionary’s wife, a Bible class teacher, a there-every-Sunday-unless-terribly-ill-church-goer, and an enthusiastic debater on all topics regarding morality and religion – it would have appeared to those around me that I had it all straight. The perfect example of a young Christian woman.

After all, a girl that attends every Sunday and is so active mustn’t have any struggles or doubts in regards to her Christianity, right?

And yet I struggled with so many things and had many times where I doubted.

All the expectations from people made my struggles all the more difficult. I was the preacher’s kid with all the expectations and eyes watching me. Girls like me weren’t supposed to have problems. And since I thought that other girls didn’t struggle like I did, I felt alone – terribly alone, depraved, and ashamed. I was sure that if I told someone about my struggles, they would think me strange – and sadly that is what I found the few times I did try.

And so I had a choice – shame or secrecy. I more often that not chose the latter, after finding that confession rarely went well for me.

Sadly, I know a lot of girls feel this same way. They’re the good girls who post scriptures on their Facebook page and go to church every Sunday, yet they are struggling with depression, suicidal thoughts, low self-worth, pornography, lust, fantasies, eating disorders, anxiety, lying, and such like. They are told that “good Christians” don’t struggle with things like this – and so they think they are alone. They are told that if you just read the Scriptures and pray, you won’t struggle – and so they pray and read their Bibles and think that they must be some kind of crazy weirdo to still be struggling. They want to open up to others and get help – but in a church culture where sin is treated as unexpected and shocking, it becomes very difficult to confess your faults.

And so a lot of them remain alone, and they continue to struggle in silence and secret shame. 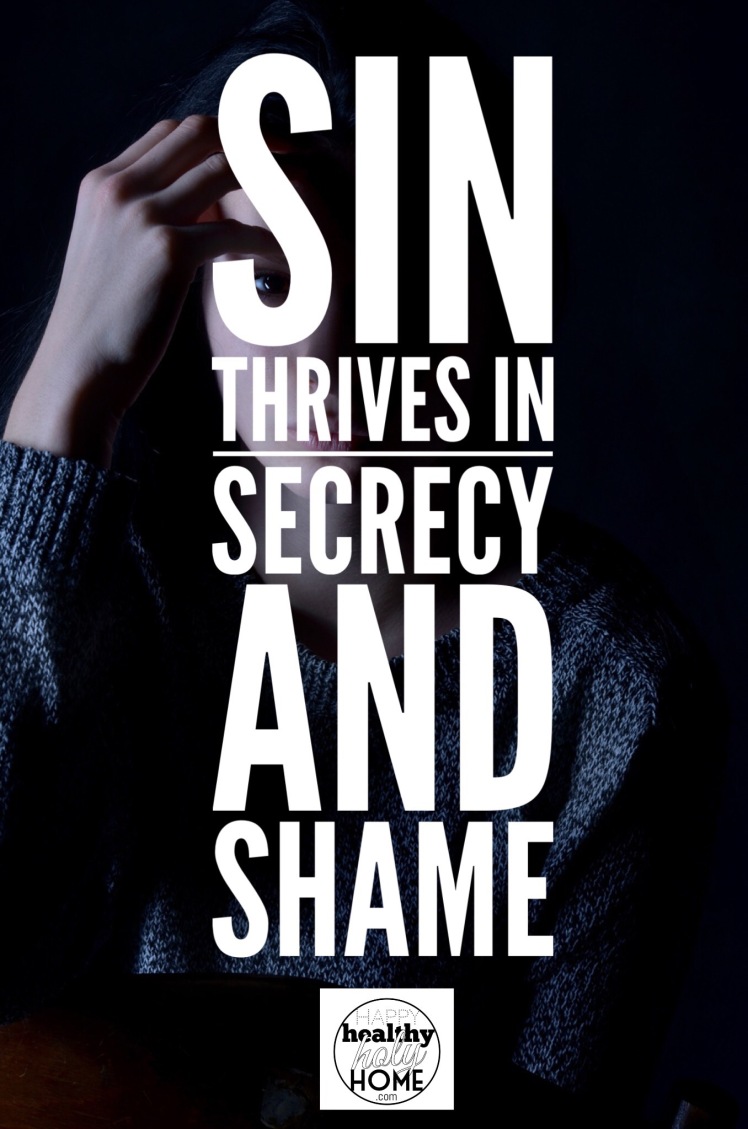 SATAN USES SHAME AND SECRECY TO KEEP US IN SIN

I have been thinking on this for a while, and I think I see the problem. I have heard the call to confession so many times and have seen it responded to by so few. Usually, whenever it is responded to, it is a simple, “Please pray for me, I’m struggling.” When it’s not that, it’s a shocking, shameful sin that everyone talks about and more often than not causes that person’s reputation to be tainted forever.

“Oh, him, he’s that guy that cheated on his wife. Is he preaching? Oh, well, probably better that he’s not I guess.”

I have heard preacher and teacher after preacher and teacher say, “We’re all sinners, we all sin,” but I’ve never heard any confess their own specific struggles without having to leave the ministry. All of us are either so ambiguous when we tell our struggles and sins, or pretend that we don’t have struggles with temptation and sin. Then, when a specific struggle comes out, we are all shocked and horrified and whisper behind closed doors: “I had no idea! How on earth did this happen? And to a preacher/preacher’s wife/preacher’s kid?!“

I’ve even seen people on Facebook calling men and women with certain sins various colourful names and saying how despicable people who commit these certain sins are.

With all of this, it is no wonder that we hide our sins. Who wants to confess when no one else is or when those who confess are branded for life with the very sin they’re trying to give up?

I used to be afraid to talk about my struggles and I know that for me, personally, this caused me to struggle more. In the past, I have gone to counselling for a particular struggle and through that avenue found understanding, help, and healing. I have been told in the past that counselling outside of the church isn’t the right option – the Bible and Christians should be enough. I agree with that, they should – but here’s the thing: often confession just isn’t happening because community and compassion are lacking.

Satan is using all of this against us. He loves loneliness, secrecy, and shame and he wants us to hold onto them because that’s how sin thrives.

There was a situation in the church in Corinth where a man had slept with his father’s wife. His mother? His step-mother? We don’t know, but either way it’s pretty shocking. Such a sin was “not even tolerated among the pagans” (1 Corinthians 5:1). When this man repented of his sin, Paul had to encourage the church to let his past stay in the past. He encouraged them to forgive him and comfort him, or else sorrow would overtake him and cause him to give up in despair.

” For such a one, this punishment by the majority is enough, so you should rather turn to forgive and comfort him, or he may be overwhelmed by excessive sorrow. So I beg you to reaffirm your love for him. For this is why I wrote, that I might test you and know whether you are obedient in everything. Anyone whom you forgive, I also forgive. Indeed, what I have forgiven, if I have forgiven anything, has been for your sake in the presence of Christ, so that we would not be outwitted by Satan; for we are not ignorant of his designs” (2 Corinthians 2:6-11).

Did you catch that last verse? This man confessed, and while he wanted to make his life right, the shame brought on by over-zealous brethren threatened to turn him away. We shouldn’t be surprised by the fact that Satan uses the discouragement that comes from other Christians to turn Christians away from the church. When we bring shame upon those who repent by failing to properly forgive them, we are allowing Satan to outsmart us. He knows we need community and will definitely take advantage of the lack of it.

The way we should react to honest confessions – when someone turns with tears to look for grace and forgiveness – is with complete forgiveness. Any other response can discourage them to the point where they are overcome with sorrow, guilt, and shame and are tempted to give up the fight. God gives grace freely for our many, many faults and we should extend that grace to others.

We should realise that at any point it could be us. While we may not struggle with the same sin, there is certainly something that we struggle with. We need to ave compassion, extend grace, and seek to carry the load as much as possible, so that others will be there to do the same for us.

“Brothers, if anyone is caught in any transgression, you who are spiritual should restore him in a spirit of gentleness. Keep watch on yourself, lest you too be tempted. Bear one another’s burdens, and so fulfill the law of Christ” (Galatians 6:1, 2). 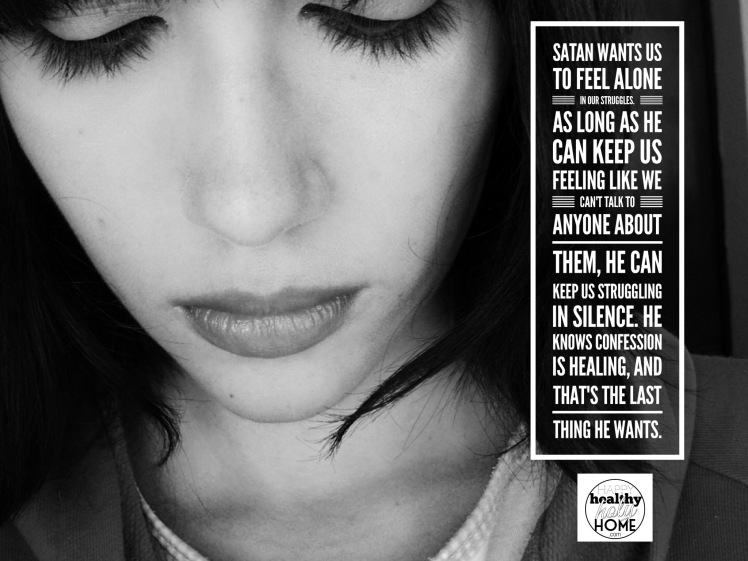 CREATING A CULTURE OF CONFESSION, COMPASSION, AND COMMUNITY

I said that I agreed that the Bible and Christians should be enough. That’s true – they should be – but telling people that they need to “read their Bibles more” when they are struggling isn’t helping a lot.

Why? It’s not because the Bible can’t help, but because by telling people simply to read their Bibles you’re actually missing one of the Bible’s strongest teachings on the church: the fact that we need one another.

Christianity wasn’t meant to be lived alone. Whether we could live it alone or not is a moot point. The fact is that if we were to really consult our Bibles for how to deal with our struggles, we would see that the Bible asks us to look outside itself for community and compassion. It isn’t supposed to be that we simply read our Bible and find healing in it alone.

How can we create a culture where people don’t feel alone in their struggles?

I no longer have any shame because Christ has taken that away. He has removed my sins as far away as he possibly could. Even if others see a reason for shame, if I am a Christian and if I have confessed, repented, and am walking in the light, no one can cause me to feel that shame. I am clean and white – covered in Christ’s blood.

“And ye shall know that I am in the midst of Israel, and that I am the LORD your God, and none else: and my people shall never be ashamed” (Joel 2:27).

“But if we walk in the light, as he is in the light, we have fellowship with one another, and the blood of Jesus his Son cleanses us from all sin […] If we confess our sins, he is faithful and just to forgive us our sins and to cleanse us from all unrighteousness” (1 John 1:7, 9).

Don’t let Satan keep you in loneliness, shame, and secrecy. If you are struggling, find someone who you can reach out to so you can find healing. Get help for your specific struggle. Find others who’ve overcome it and seek their advice. God created His church to be a support for you as you struggle through this sinful world.

You are certainly not alone. I’ve also struggled with many things. I’ve been there. Every Christian you see has been through a struggle with sin of some kind. Good girls struggle too.

But here’s the beautiful thing: we don’t have to continue to struggle in secrecy and shame. God has taken that shame away from us and given us grace.

Let’s give the same to ourselves – and each other. 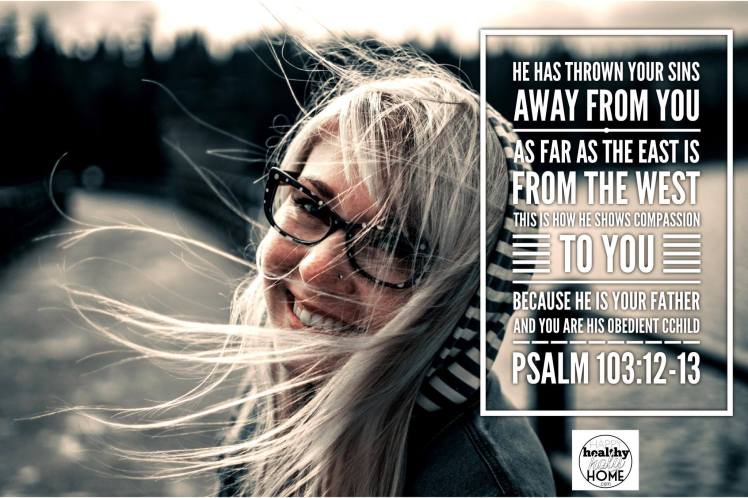